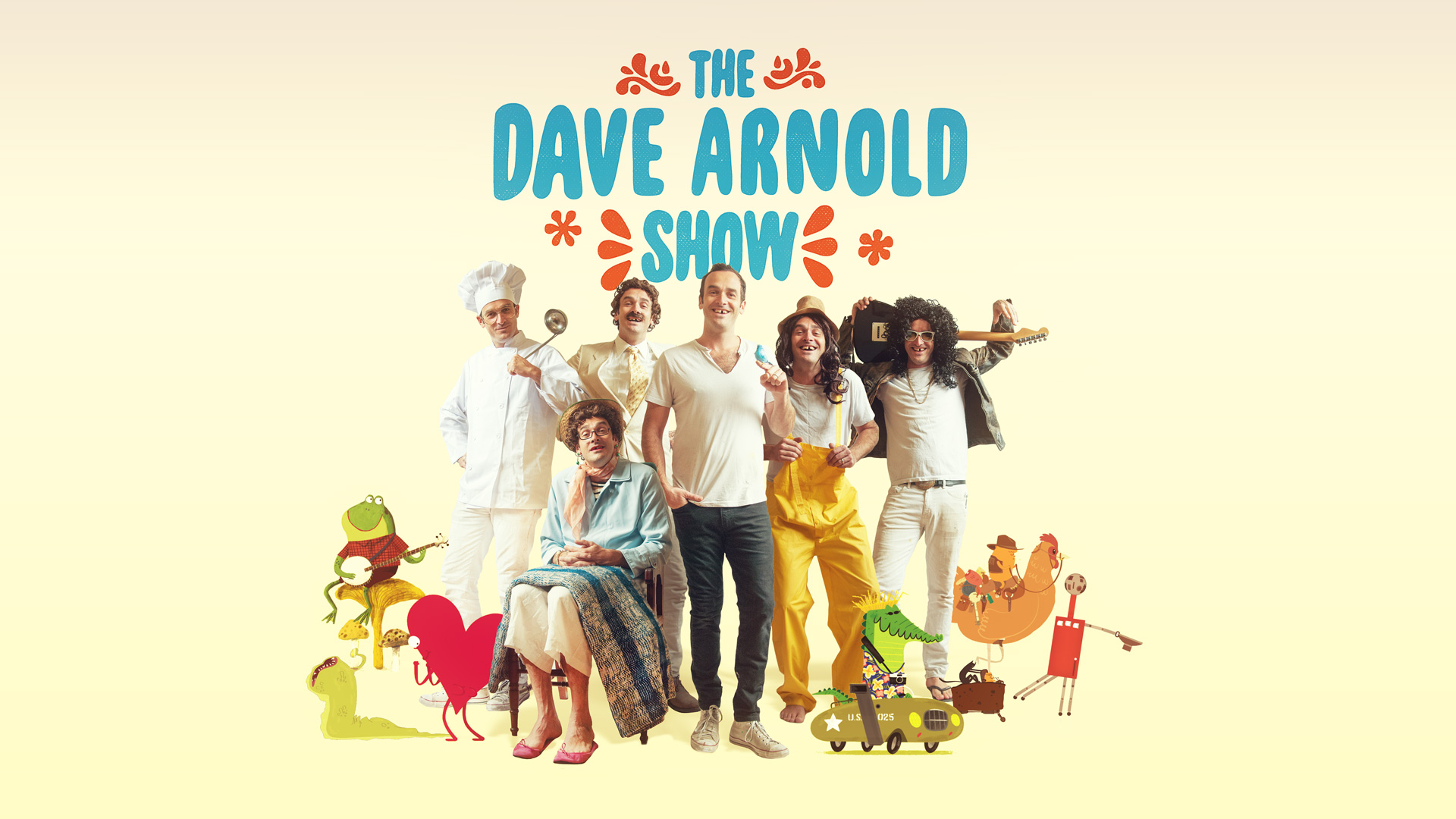 The product of more than a year of secret work, we’re thrilled to present THE DAVE ARNOLD SHOW!

Dave Arnold is a visual artist, musician and father of two, living in Montréal, Québec. He’s also a very good friend of the studio and when he presented his vision for this project, knew we had to be involved.

The Dave Arnold Show is a new variety show for young people. It inspires creativity through humour, music, crafts, and plain old silliness.  The show employs a classic modular format, with Dave performing short sketch comedy sequences, along with songs, animated segments and simple art projects that kids can do at home.

This pilot episode was originally prepared exclusively for broadcasters, for the eventual development of a full series. But with the Covid-19 outbreak closing schools and stranding so many young people at home, we felt like EVERYONE could use a little pick-me-up these days — not just broadcasters. So we decided to release it online.

As Dave says:  “Tomorrow’s a new day, and anything can happen.”

Featuring:
Dave McMillan as Himself
Alex Charbonneau as The Customer
Josh Penno as Chip Brannagan