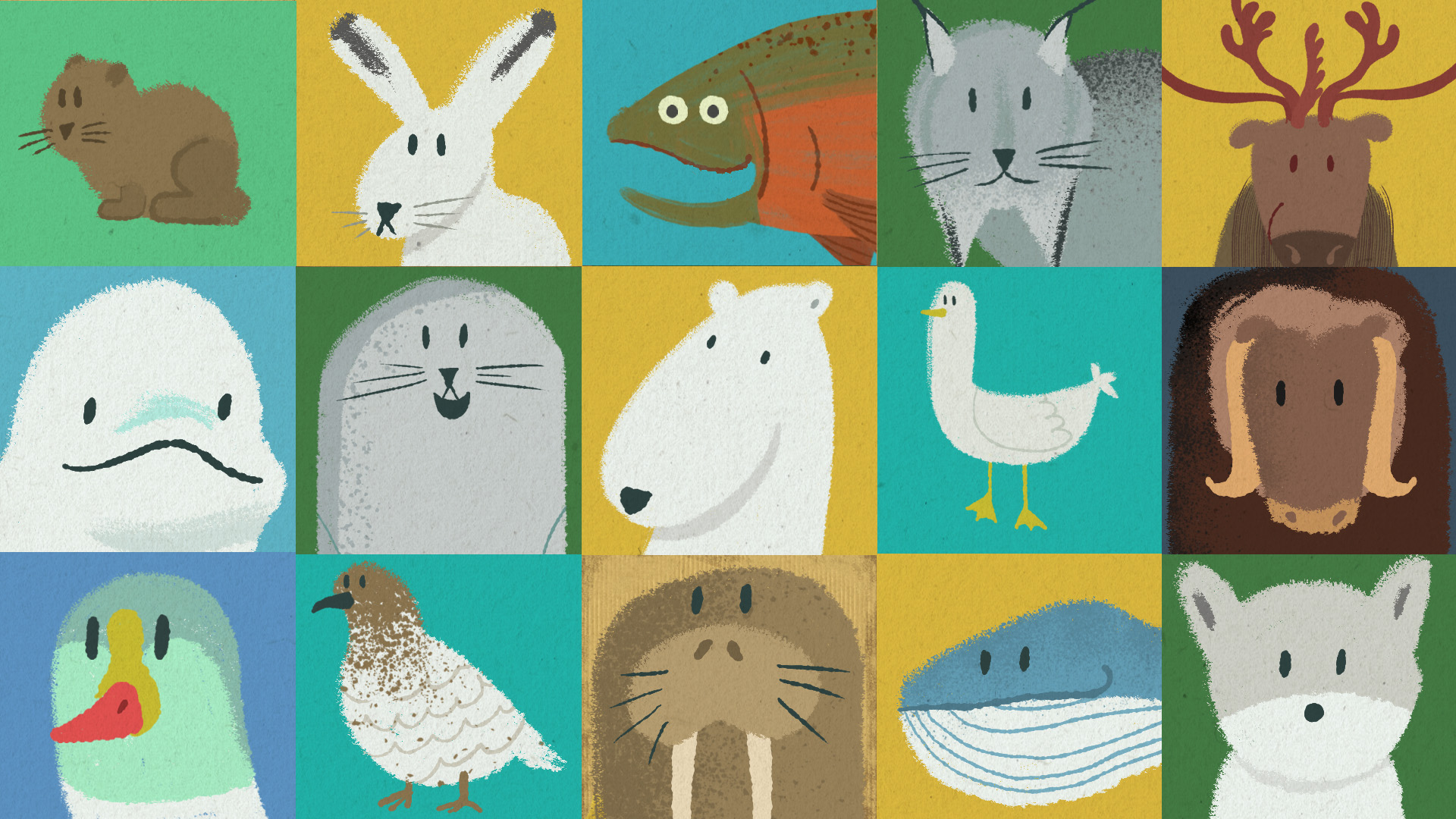 This was one of two videos we were invited to create for Anaana’s Tent, a kids’ variety show set in Nunavut and teaching Inuktitut literacy and numeracy skills. This catchy song, Uumajut, by The Jerry Cans, encourages the eating of nutritious and traditional Country Food like salmon, seal, beluga, and caribou.